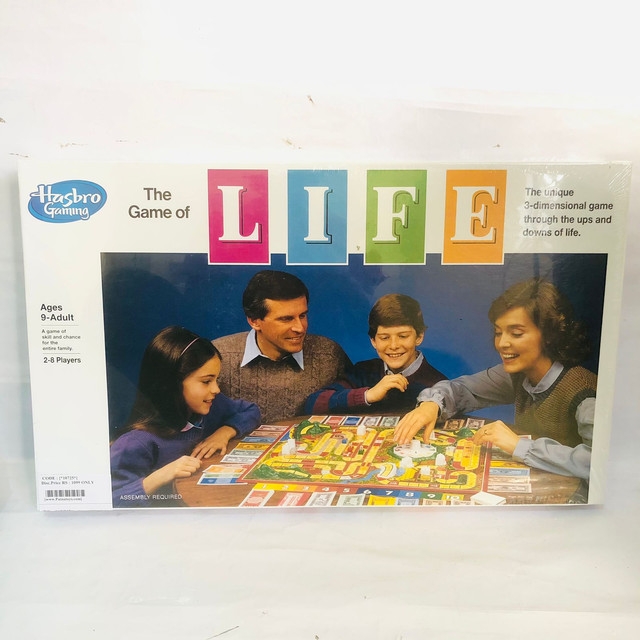 You will earn 28 points from this product

game of skill and chance for the entire family. The Game of Life, also known simply as LIFE, is a board game originally created in 1860 by Milton Bradly, as The Checkered Game of Life.

The game simulates a person’s journey through his or her life, from college to retirement, with jobs, marriages and children (or not) along the way. Two to six players can participate in one game; however, variations of the game have been made to accommodate a maximum of eight or ten players.

The modern version was originally published one hundred years later, in 1960 (then “heartily endorsed” by art Link letter, with a circular picture of him on the box) by the Milton Bradly company (now a subsidiary of Hasbro).